It's a matter of
Experience and Quality 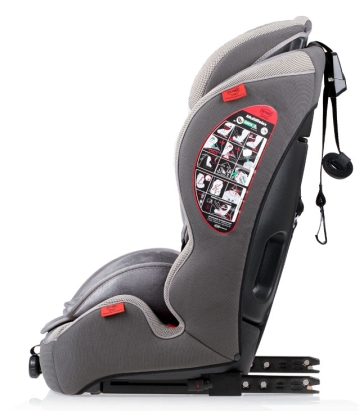 What is the ISOFIX system and how does it work. Find out more about child car seats and booster seats with ISOFIX.

ISOFIX is an international system of fixing child car seats on passenger seats in a car.

The system was developed in 1991 and became a standard in 1999.  Before the ISOFIX was invented, the car seat had been secured only with car seat belts.

The aim of using the ISOFIX system is to eliminate errors in installing child seats in cars,  which often occurs when they are installed with seat belts and the manufacturers’ instructions are not followed or missed. The use of the latch system virtually excludes incorrect assembly of the child seat.

FITTING OF THE ISOFIX CAR SEATS

Under the current regulations UN/ECE R14, all new vehicles produced since February 2013 are required to have ISOFIX lower anchorages and top tether attachments as a standard.

The ISOFIX anchors are usually placed on the outer rear seats of the car but in some cars, you may also find them on the centre rear seat or even in the front passenger seat. Whenever they are, there will be always a badge or label with the ISOFIX sign so you can easily locate the points.

An Isofix child seat is connected into the fitting points and locked with a simple click. An additional top tether or support leg is used to prevent the child seat tilting or rotating in a case of impact.

Using a car seat with ISOFIX is much safer and it makes installation easier and quicker.

Are ISOFIX car seats suitable for all age groups?

Yes, you can find ISOFIX child car seats in all seat groups from 0+ to group 2/3.

Older children from group 2/3 are secured in a seat by the car’s seat belt instead of a harness that’s attached to the child car seat.

Apart from being safer, the ISOFIX car seats also have one more safety advantage. In the event of a crash, even if there isn’t a child in the car seat, they will stay attached to the car, rather than flying forwards at great force and causing injury to other occupants of the car. Empty, unfastened booster seats can be potentially dangerous to other passengers in a car.

By the law, children must use a child car seat until they’re 12 years old or are 135 centimetres tall, whichever comes first. Children over 12 or more than 135cm must use a car seat belt.

According to the new regulations, backless booster seats can be used for children bigger than 125cm weighing more than 22kg. However, we do recommend to keep your child in a high backed car seat as long as possible due to additional side protection.

No matter if your child uses a car seat with harness or is it a backless booster seat, it is always the best idea to secure the car seat with ISOFIX. 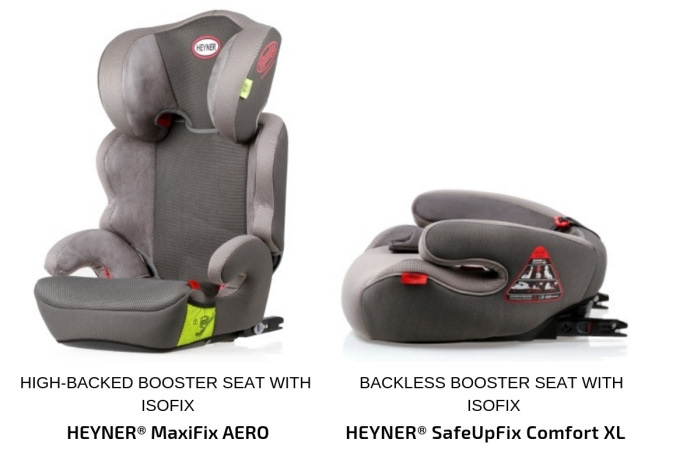 Meet us on Automechanika in Birmingham 6-8 June 2017 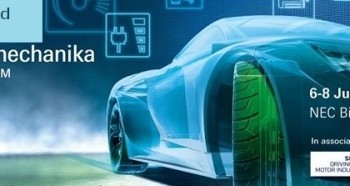 Next great show!!! HEYNER Germany will take a part in the World’s leading trade fair for the automotive industry – AUTOMECHANIKA again this year.The fair will take place from 6-8 June 2017.

The new SUPER FLAT PREMIUM wiper blade is released in 14 sizes with well-known excellent quality. This is the first HEYNER® wiper blade in blister packaging.

Necessary adaptors for all wiper arms are included in the packaging.

The wiper is manufactured in nano graphite coating technology that guarantees extreme durability of the rubber.